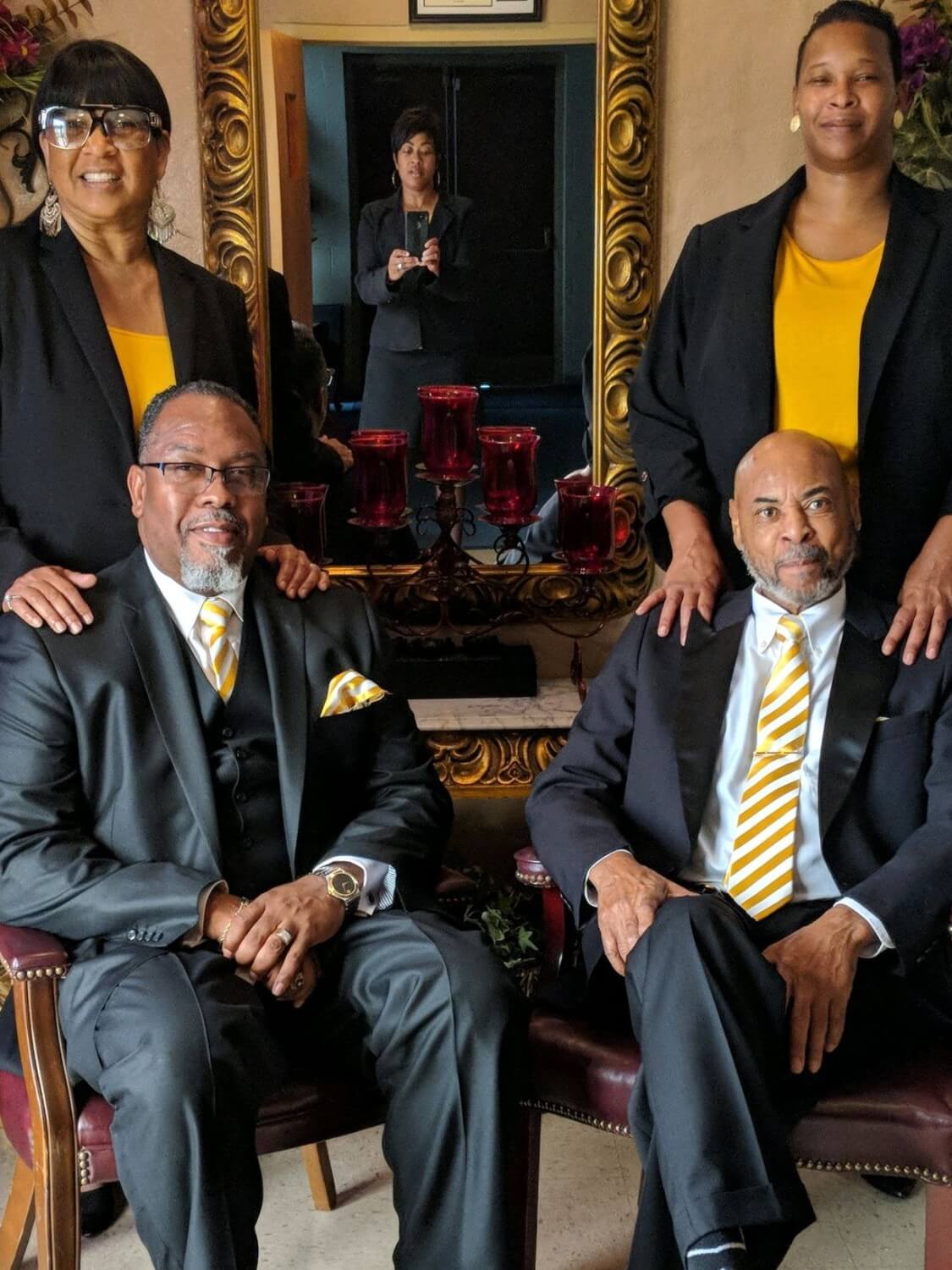 A good name is to be chosen rather than great riches, and favor is better than silver or gold.

The Fitchett Name and Legacy has always been a staple in the community. Even today, Fitchett still represents the epitome of service, dignity, and excellence.

The story of Fitchett Funeral Home started over 80 years ago in the early 1930’s when Charlie Samuel Fitchett decided to take a chance on his interest in the funeral industry. Because of the lack of African American owned funeral homes in the area at the time, he envisioned owning and operating his own funeral home. Unbeknownst to him, this leap of faith would be the beginning of a great legacy for generations to come.

Being the shrewd business man that he was, Charlie immediately started putting feet to his vision. By December 1939, he was a Licensed Funeral Director by the Virginia Board of Funeral Directors & Embalmers. Shortly after, he opened his first funeral home alongside a friend in Berkley.

During this time, two of his four sons, Floyd and Clarence were away serving in the United States Navy. Taking the advice of his father, Floyd completed his service and was honorably discharged from the Armed Forces and began working towards becoming a Licensed Funeral Director.

Floyd E. Fitchett Sr. matriculated through Eckel’s College of Mortuary Science and became licensed in June 1949. He immediately began helping his father at the funeral home. By January 1950, the current building located at 1821 Liberty Street was erected in South Norfolk, now called Chesapeake, Virginia. The Fitchett’s were indeed ahead of their time with a modern infrastructure, air-conditioned facility, and contemporary technology throughout the building.

Upon seeing the need for him in the family business, Clarence N. Fitchett, who was affectionally known as “Nat”, was also honorably discharged from the Armed Forces and obtained his Funeral Director’s License by September 1956. Together, the Fitchett Trio began building Fitchett Funeral Home to be one of the most renown and successful African American family-owned funeral homes in the region.

As Charlie S. Fitchett’s health began to fail, he prepared his sons to take the reins of the family business. In November 1968, he passed away bequeathing the business to his seven children, with Floyd and Clarence at the head. The other Fitchett siblings also began to take more active roles at the funeral home, such as, cosmetology, funeral attendants, etc.

The business and reputation of Fitchett Funeral Home began to grow rapidly as families began experiencing the spirit of excellence within the company. Community involvement was even increased under the leadership of Floyd and Clarence, ultimately resulting in a street, adjacent to the funeral home, being changed to Fitchett Street.

In March 1995, Clarence “Nat” Fitchett passed away suddenly leaving his big brother in charge of operating Fitchett Funeral Home. Amidst grieving the loss of his brother, his sister, and his wife all in the same year, Floyd stepped up and continued to build the legacy that his father had started.

After a long battle with his health, Floyd E. Fitchett Sr. passed away in June 2013. He had one sister living, Beatrice Fitchett Harrell who passed in December 2017.  She supported Fitchett, 1821 Liberty Street until her death. The business is now being continued by Floyd Sr's. daughters Patricia Fitchett - Baker and Brenda Fitchett - Anthony; his granddaughter Shante Fitchett and also Chauncey Foreman and we thank Michael Baker Sr., son of the late Floyd E. Fitchett Sr, who also supports the family legacy here on Liberty Street, along with a dedicated staff of hardworking individuals.

Today, the torch is presently being carried by Floyd’s daughters: Patricia Fitchett - Baker and Brenda Fitchett  - Anthony, granddaughter Shante Fitchett and Chauncey Foreman who all combine their efforts tirelessly to preserve and continue the legacy. Also Michael Baker Sr, son of the late Floyd E. Fitchett Sr., we want to thank you for always being supportive of our Legacy here on Liberty street.

There is a Difference at The Original Fitchett Funeral Home on Liberty Street.